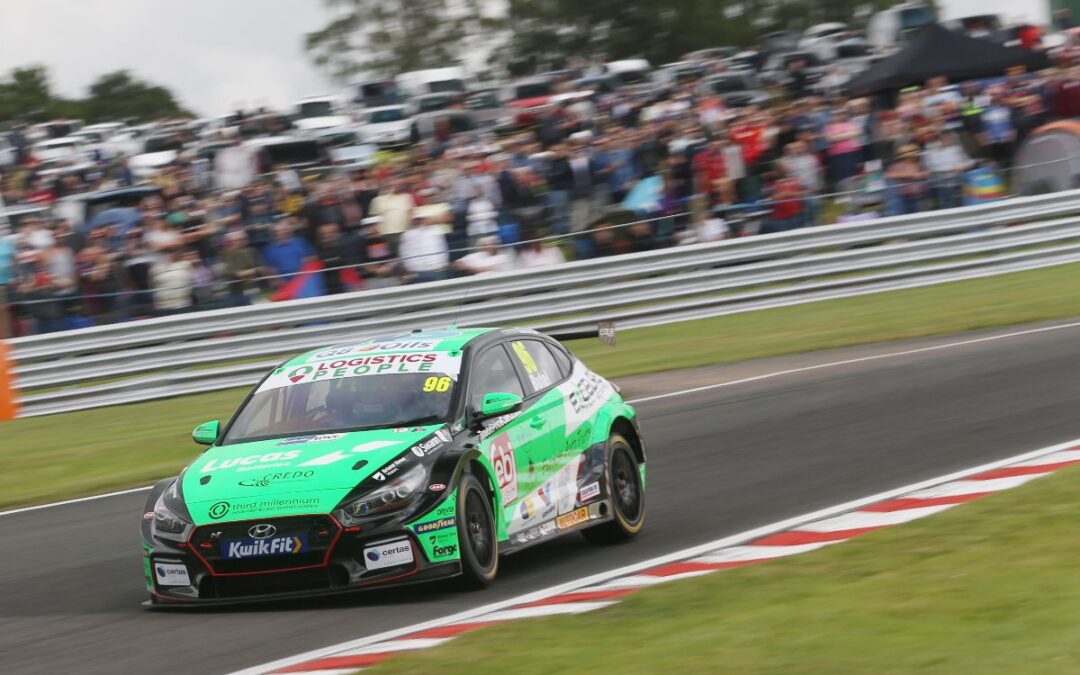 Jersey racer Jack Butel endured a frustrating finish to what looked set to be his best weekend of the Kwik Fit British Touring Car Championship season to date at Oulton Park.

Jack headed for the Cheshire circuit having shown impressive pace in the previous meeting at Brands Hatch, with his goal being to try and push for a first points finish of the season.

After two challenging practice sessions in mixed weather conditions, Jack qualified 27th on the grid for the opening race but was confident of forward progress in the races, having shown himself to be stronger in race trim than qualifying in the races run so far this season.

Jack made solid progress in the early stages of race one to move up to 24th place before an incident ahead – which Jack was lucky to avoid – saw the action halted.

On the restart, Jack continued to move forwards and crossed the line at the finish in 20th spot, meaning a solid gain of seven places to kick off race day.

Running on the soft compound Goodyear tyre in race two, Jack slipped back to 22nd on lap one but then started to scythe his way through the order, climbing back into the top 20 and closing in on the all important top 15.

Battling throughout with the Vauxhall of Dan Lloyd, Jack crossed the line in 18th spot but would be classified in 17th thanks to a time penalty for his rival.

Eager to maintain the forward progress in race three, Jack’s weekend would end in frustrating fashion when he was caught up in an incident on the opening lap.

Sam Osborne’s Ford ended up on the grass on the run down the Avenue and came back across the circuit in front of Jack at Cascades.

Any chance Jack had of avoiding the spinning car were ended when he was hit from behind by Sam Smelt and Jack Mitchell, pushing his Hyundai into the Focus and putting Jack out on the spot.

“I don’t really know what to say at the end of that one,” he admitted. “We’d had a few issues with the car in qualifying that meant I had work to do in the races, but I’ve shown all season that my race pace has been better than my qualifying pace.

“In the opening race, I was able to make up places despite suffering a bit with understeer, and luckily avoided getting caught up in the incident that involved two of my team-mates.

“The forward progress continued in race two where the car felt much better, and I went into race three feeling really confident that we had our best shot of breaking into the points.

“Unfortunately, that all went wrong at the start when Sam came back across the track in front of me and I had nowhere to go. I tried to get on the brakes but then I got a big hit from behind and was collected by Mitchell which put me out on the spot.

“I won’t lie, it was a bit painful as there were a few big hits, and unfortunately the team has now got a bit of work to do to repair the car. I know they’ll get it all sorted and ready for Knockhill where I’ll push hard to get those points on the board.”