Jack Butel looks to the positives after tricky Donington weekend 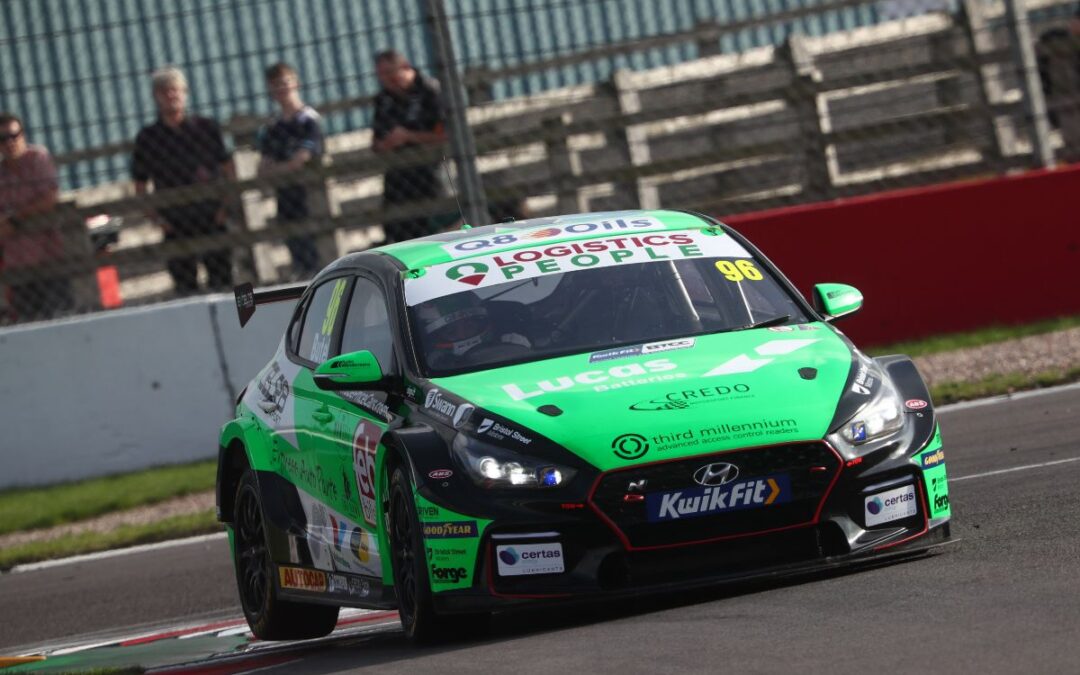 Jersey racer Jack Butel was left to look to the positives from the penultimate meeting of the Kwik Fit British Touring Car Championship season after a tricky weekend on track at Donington Park.

Jack made the long trip to the East Midlands venue hoping to build on an impressive performance at Silverstone, where he produced one of his most competitive weekends in Britain’s premier racing series.

Although unable to add to his points tally, Jack has been closer to the outright pace than ever before and was eager to replicate that form as he returned to the circuit where he made his touring car debut last year.

From the moment he hit the track for the opening practice session of the weekend, Jack was noticeably quicker than he had been last season and ended FP1 having posted his quickest ever touring car lap around the Donington National layout.

Having gone quicker still in FP2, Jack would then set a lap within six-tenths of a second of the best in the first stage of qualifying to secure 23rd place on the grid; a time of 1:09.720 being nearly two seconds quicker than he had managed during his debut weekend.

Hopeful of fighting forwards towards the top 15 on race day in his EXCELR8 with TradePriceCars.com-run Hyundai i30 Fastback N, Jack went into race one in confident mood but found himself shuffled back to 25th place on the opening lap as he struggled to get heat into his tyres.

After an early safety car period, the Hyundai started to come to life and Jack would punch in a fastest lap that would be the quickest of any of the four-strong EXCELR8 line-up. With overtaking opportunities hard to come by however, Jack would be forced to settle for 23rd place at the finish.

Race two would follow a similar theme as Jack once again found himself struggling for pace in the early stages but would battle hard on track to secure 25th place, and he headed into race three hopeful of finally being able to show his true potential on track.

Unfortunately, it would prove to be a brief affair as exiting turn one for the first time, Carl Boardley and Sam Smelt clashed ahead with Smelt’s Toyota suddenly spearing right just as Jack was moving to the inside of the pair.

Heavy contact would put him out of the race on the spot to bring a difficult weekend to a disappointing end, with Jack now looking to bounce back when the series heads for Brands Hatch for the season finale later this month.

“After the pace I showed at Silverstone, I was really confident going to Donington Park but for some reason, things just didn’t go my way,” he said. “I hoped we’d be able to push a bit higher up the grid in qualifying and get into the top 20, but when the times are so close, a tenth of a second is the difference between three or four places.

“In the first two races, the pace in the car was really good, but the problem was that I couldn’t unlock that pace until a few laps in. In the early stages, I just couldn’t get the tyres switched on which cost me places, and then when I had the speed, I didn’t have track position and found myself trapped behind cars that weren’t as quick.

“Race one was the best example of that as Chris [Smiley] and Tom [Ingram] were both fighting for positions in the top ten, whereas I was down outside the top 20 despite the fact I was able to set a faster lap.

“The final race was the icing on the cake as there was nothing I could do when Sam suddenly shot across and collected me, and it was a big hit that caused a lot of damage that we could have done without going into the final rounds in a few weeks time.

“As disappointing as the results have been, the fact I have lapped so much quicker than I did last season shows the progress I’ve made this year, and hopefully I can have a good end to the year when we go to Brands Hatch.”