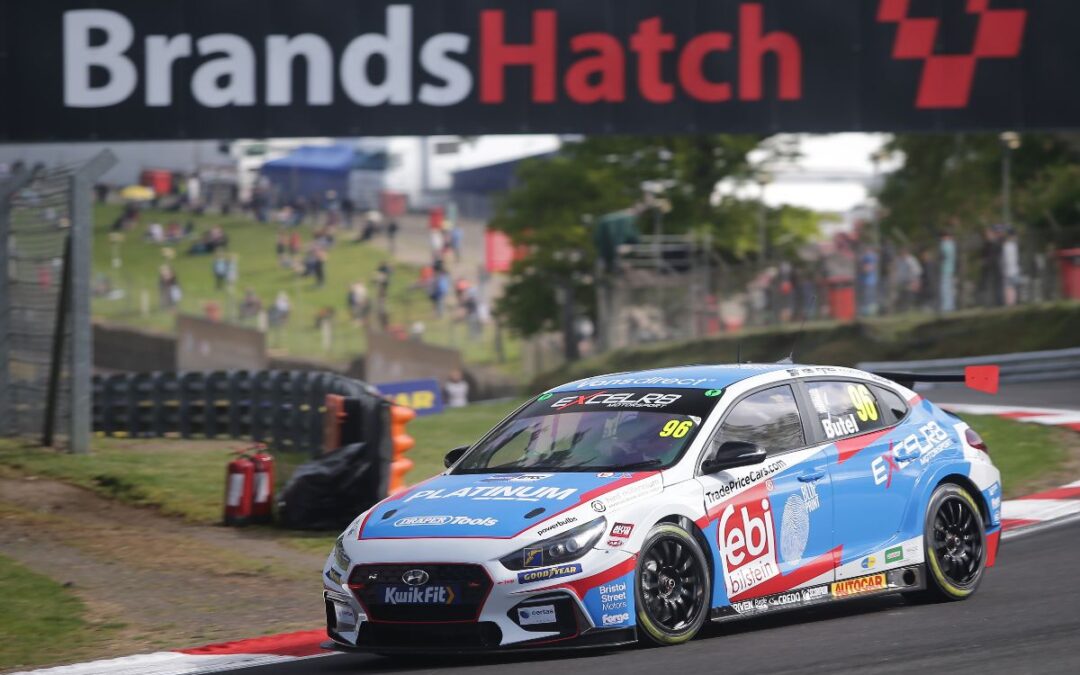 Jersey racer Jack Butel admitted to feeling ‘mixed emotions’ after a hectic weekend on track as the Kwik Fit British Touring Car Championship headed to Brands Hatch for the second meeting of the year.

Jack went into the weekend looking to fight back from a tough season opener at Donington Park, where electrical gremlins had resulted in him failing to finish two of the opening three races.

Having been able to get some meaningful mileage under his belt in free practice, Jack headed into qualifying in confident mood but it would prove to be a challenging session that ended with his Hyundai i30 Fastback N in 27th place on the times.

Race day dawned with rain in the air, with the opening race being held on a wet but drying circuit with most of the field on wet tyres.

Soon into his stride, Jack was able to work his way forwards in the early stages and was closing in on the top 20 by the half-way stage. Having managed to climb to 20th, a last lap move on the BMW of Stephen Jelley saw him take the flag in 19th spot; his best lap in the race being quicker than multiple champion Colin Turkington.

With confidence high going into race two, Jack got away well off the line but was then delayed going into turn one by an incident ahead, which left him running in 20th spot.

Although his pace as the race wore on was quicker than a number of cars ahead, Jack would once again end the race in 19th spot and it would be a similar story in race three, where Jack found himself part of a train of cars dicing on track as he ended the weekend with another 19th place finish.

Three points finishes in the Jack Sears Trophy allowed Jack to make up ground in the standings heading to Thruxton, where he took class honours last season.

“I feel a bit frustrated after the weekend but at the same time, I would have taken these results if you’d offered me them after Donington,” he said. “We knew coming here that I’m just lacking time in the car and I think that was shown in qualifying, where we weren’t as high up the grid as we should have been and didn’t really show our true potential.

“The wet conditions levelled the playing field a bit for the races as no-one had run the hybrid in that weather, and I think it would have been more difficult had it stayed dry. As it was, I think we showed really good pace in all three races, and the potential was clearly there as we showed in making up ground like we did in race one.

“Personally I think I could have done a bit better myself but I’m happy to get three solid finishes behind me and now I can look forward to Thruxton, which is the closest thing I get to a home meeting and one where I went well last year.”