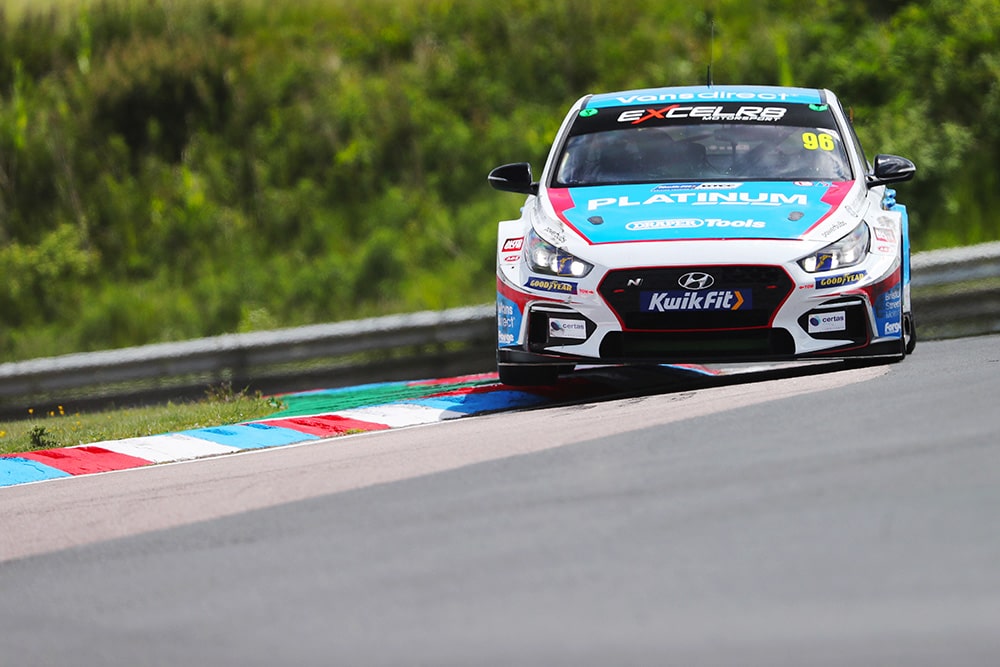 Jersey racer Jack Butel endured a weekend of frustration at Thruxton as his bid for a first points finish of the 2022 Kwik Fit British Touring Car Championship season was hampered by unfortunate mechanical issues.

Jack headed into the weekend buoyed by a hat-trick of top 20 finishes in the previous meeting at Brands Hatch, where he was able to gain much needed experience at the wheel of his EXCELR8 Motorsport-run Hyundai with its new engine and hybrid systems in place.

Having racked up the laps in free practice, a tricky qualifying session left Jack in 27th place on the grid for the opening race, but with hopes high of a stronger showing on Sunday in front of a bumper crowd. 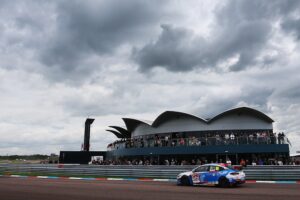 Things were going well in the early stages of the race as Jack charged up towards the top 20, showing impressive pace and lapping noticeably quicker than a number of rivals ahead.

However, his charge up the order would be ended by an unfortunate engine problem that saw him forced into the pits to retire, and would then see him ruled out of the second race whilst the team worked to replace the engine in the car.

For a while, it looked like Jack might also miss race three, but hard work from the team saw him able to join onto the back of the grid for the green flag lap.

Despite the far from ideal preparations for the race, Jack was once again working his way forwards before a trip across the grass at Noble led to him being forced into a unscheduled stop to have grass removed from the front of the car and left him with a 23rd place finish.

“Thruxton was our best weekend of the season last year, so I was hoping that this would be the place where we really kicked into gear this time around,” he said.

“We had a few little gremlins on Saturday that didn’t help during qualifying and we should have been higher up the grid, but I was confident that we could make forward progress in the races.

“The early stages of race one were mega and the pace was really strong, but unfortunately the engine letting go ended my chances of getting into the points.

“Watching race two from the sidelines was tough, but massive credit to the team for working hard to get me back out on track for race three and although it wasn’t the end result I was hoping for, it was good to reward them with a finish.

“Hopefully it’s a case of onwards and upwards from here.”