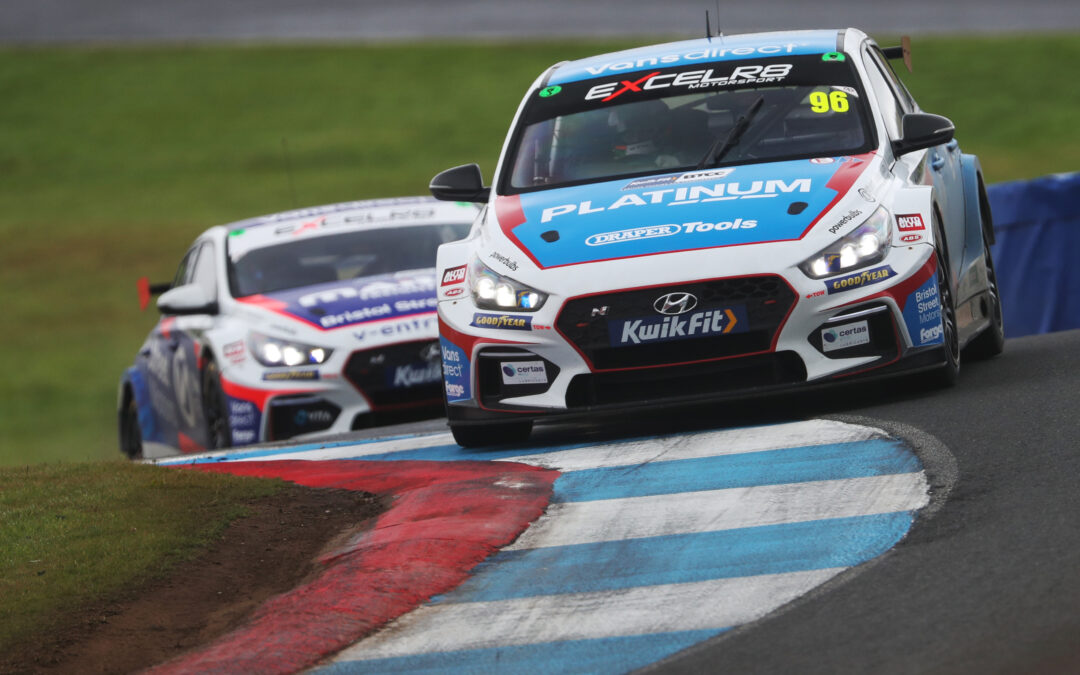 Jack made the long trip to Scotland hoping to challenge for a first points finish of the campaign in what was his first outing in the series since early June – with personal commitments having ruled him out of the previous event at Croft.

Despite the fact that Jack also sat out the two-day Goodyear tyre test at Snetterton during the summer break, he showed solid pace in free practice to set a fastest lap only a tenth of a second slower than team-mate – and championship leader – Tom Ingram.

With qualifying being vitally important around the tight and twisty circuit, Jack headed into Saturday’s session hoping to break into the top twenty only for a mistake that saw him run across the gravel to cost him time on his quickest lap.

Despite that, Jack was still able to secure a place on the tenth row of the grid to leave him well placed to challenge for points on race day.

Things would take a turn for the worse in the opening race however, with Jack forced off track by the Vauxhall of Ash Hand in the early stages whilst dicing for position.

The resultant damage would lead to Jack being forced to bring his EXCELR8-run Hyundai into the pits to retire – meaning he would then line up at the back of the field for race two.

Given the close nature of the lap times across the field, it would prove to be the defining moment of the weekend, with 23rd and 22nd place finishes in the final two races not being a fair reflection of Jack’s pace as he found himself caught up in traffic.

Jack now heads for Snetterton next weekend for round seven of the campaign.

“The results on paper certainly don’t reflect the potential that we had at Knockhill,” he said. “Practice on Saturday was promising considering my time out of the car, and in qualifying, I felt I put in my strongest performance in the BTCC so far.

“Had it not been for a small mistake on my part, I would have been up inside the top 15, which would have been way ahead of where I have been previously, although P20 still gave us a good opportunity to fight for some points.

“Unfortunately, the good work we did on Saturday was all undone in the first race when I got forced onto the grass in race one and forced to retire. When the times are so tight, track position is key and being stuck in the pack meant we just couldn’t make the forward progress to fight for the points that I certainly think were achievable.

“We showed we have the pace to run inside the top 20 and hopefully at Snetterton, we’ll be able to challenge for the results that I feel we deserve.”