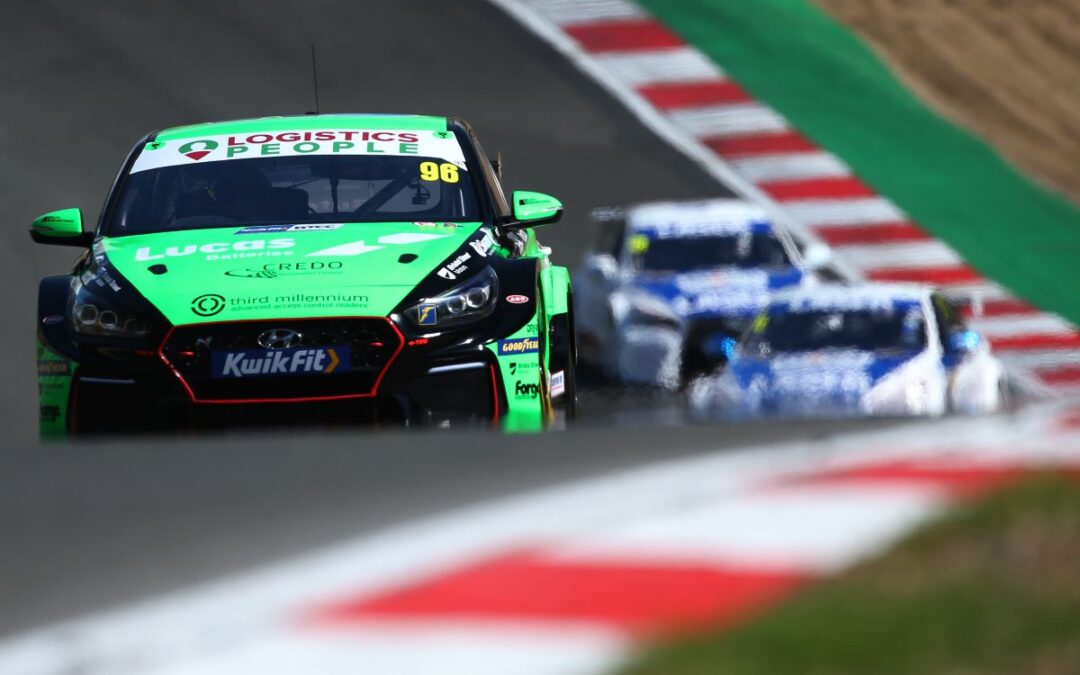 Jersey racer Jack Butel enjoyed a weekend of progression at Brands Hatch on what proved to be his strongest outing in the Kwik Fit British Touring Car Championship to date this season.

Jack headed into the weekend looking to try and push for points in his EXCELR8 with TradePriceCars.com-run Hyundai i30 Fastback N, with confidence on a high after a solid outing in the previous meeting at Snetterton.

The two free practice sessions would prove to be hugely encouraging for Jack as he improved his fastest lap by well over half a second, ending the second 40 minutes of running with a best time that was just under seven-tenths of a second off the benchmark.

That left Jack and the team hugely confident going into qualifying although it soon became clear that all wasn’t well with his car. Even though he improved his lap time still further, Jack found himself struggling with the handling of the Hyundai and ended up with the 27th best time.

Post session, an issue with the diff was discovered, accounting for the handling issues that Jack had faced, and leaving him confident that better times lay ahead on race day.

An encouraging start to Sunday saw Jack battle his way through to 25th place, but it was race two where the 25-year-old was able to shine.

Lapping at a similar pace to race-winning team-mate Tom Ingram, Jack fought hard to make his forwards from 27th at the end of the opening lap to finish in 21st place; a result which looked set to give him the chance to fight for a points finish in race three.

An unfortunate time penalty meant he instead ended up classified in 25th but Jack showed that the race two pace was no flash in the pan with another strong run in race three.

Once again lapping as quickly as rivals much higher up the grid, Jack kept his nose clean and fought his way through to 21st place to ensure he ends the weekend sitting fourth in the Jack Sears Trophy standings.

Next up for Jack is Oulton Park in late July, with a two-day test at the same circuit beforehand to provide some valuable seat time.

“I’m delighted with how this weekend has gone and I think we’ve once again taken a big step forwards,” he said. “It was unfortunate with the diff issue in qualifying because we should have been higher up the grid, and we showed in the races that we had the pace to be right there in the points.

“Even though I only made up a few places in race one I knew we had good speed in the car but in race two, it was a massive boost to be lapping so close to the pace of the leaders and it showed what I can do. It was a similar story in race three and I was able to pick off quite a few people despite it not being easy to overtake round here.

“We learned a lot at Snetterton that translated into performance here and this weekend has given me a big boost in confidence. The upcoming test at Oulton Park is massive for me because it means we can get some good running before we go there for the next round.

“Hopefully we can qualify well and then we can push on for some good results and try to back that first points finish of the year.”